Virtual tour custom design case.
An example of what we can do for you 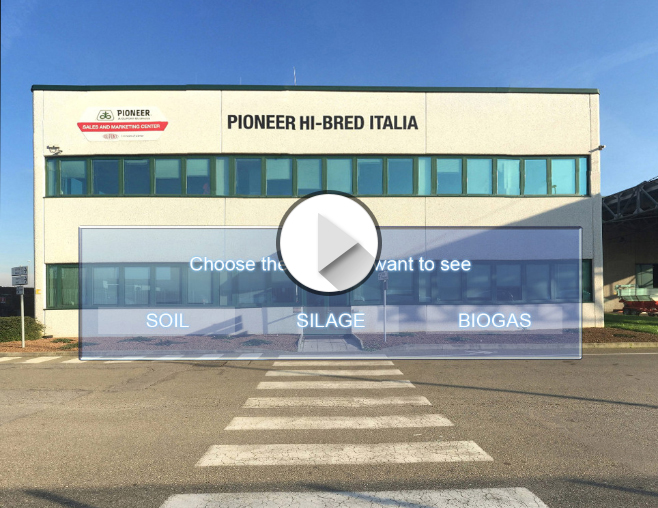 To create a virtual tour, showing a leading scientific lab. The overall sensation should convey the hi-tech world of the Pioneer lab and the spirit of innovation. The viewers should understand that they are seeing a great research facility.

Materials provided by the client:

How the tour was created:

Pioneer uploaded panoramas to our editor and placed transition hotspots between the panoramas. As we are working remotely worldwide, the shooting was done on the client's side. Using the editor to create the basic tour is very handy: clients don't need to write instructions explaining where hotspots should be placed and where they should lead. They just create a basic tour, see the tour's structure themselves, make changes if they are needed and we customize the result.

The client by his own initiative had sent us a presentation with the list of features Pioneer would like to have in the tour if possible. This wasn't mandatory, but it was very nice to have and helped a lot as we knew all of his wishes.

We created an overall scenario of the tour. This provided reference images as examples of the interface styles we could create and the overall idea of the tour.

Just to give an idea, here are a couple of paragraphs from it:

Our concept is a semi-transparent interface, like in a science fiction movie, when heroes interact with a "glass display". All the graphics will be yellow-green to match your brand colors. Also we will add the animated hotspots, matching the overall style.

Also we provided the client with feedback on his ideas (what is possible, what is worth doing and what is not), and provided additional ideas about what can be done.

The final result of this stage was choosing the glass interface. The various colors of the provided videos and the need for visually splitting three sections of the lab required using three main colors (blue, yellow, green) in the tour instead of only two (yellow and green). Some minor changes were done later, but we and the client both had a good grasp of the direction we should move in and what was expected in the end.

We enhanced the provided panoramic images. Besides working on contrast and tones, the overall color gamma of the panoramas was shifted from yellowish to blueish, adding a link with the glassy interface and providing a feeling of a "clean space". Some spaces in the panoramas were kept yellowish, creating a warm, bright mood. For example, the first panorama with the entrance into the building had become sunny. The best result we could achieve was determined by the originals provided to us.

Firstly, we created several of the interface elements, working inside the tour. We showed them to the client so he could confirm that we created a design he likes. The more we are able to show the tour during development to the client the easier it is to get the final result. Feedback during the early stages of development allows us to fix misunderstandings fast, if there are any.

Step 6: Delivery to the client

We provided Pioneer with the virtual tour, so that they were able to upload the tour to their own server. That's practically everything they needed to install the tour: the rest is simply applying an iframe code with the link to the new file locations on any page where they want to use them (ctrl+c, ctrl+v).

Get a great tour by contacting us at sales@makevt.com.